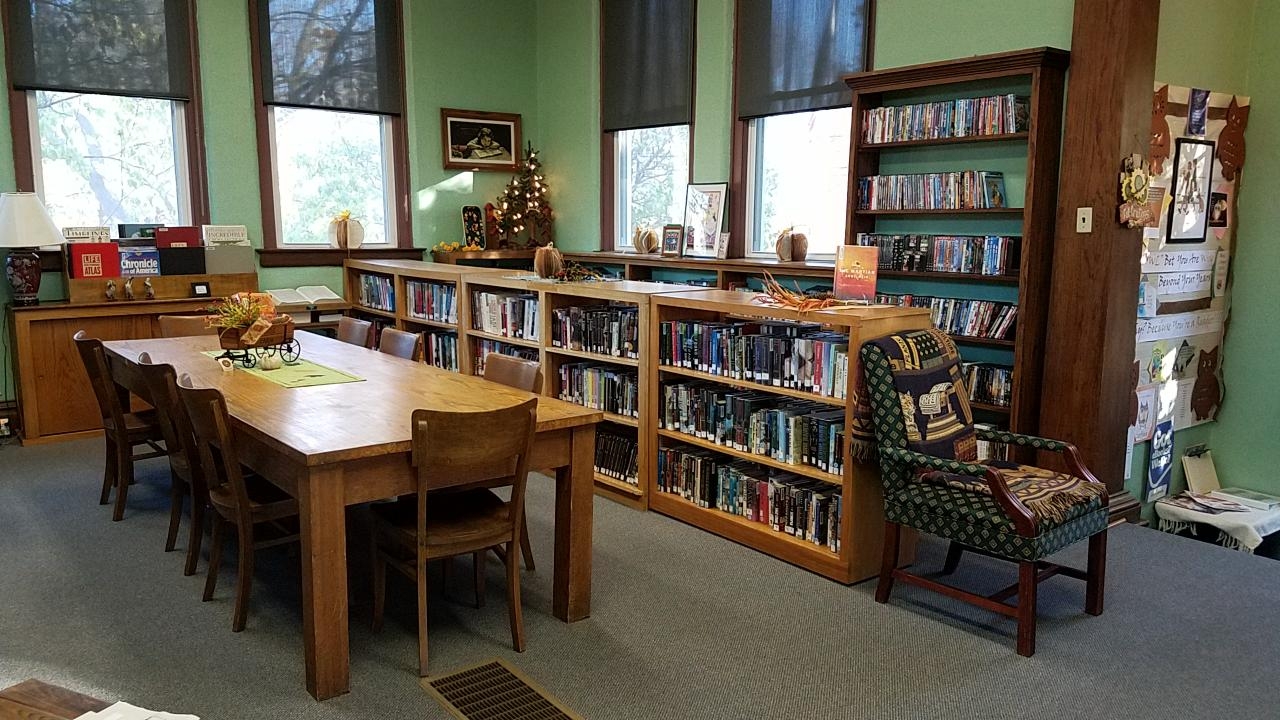 The Sheffield Public Library was established in 1892 as an outgrowth of a reading room in a local boy's club. Founded by Dr. G.P. Head, the library was initially located in the basement of the Sheffield House (Hotel). In 1896, the Sheffield Village Board assumed responsibility for the library collection and moved it to a private residence along Main Street.

On Febuary 18th, 1911 Mr. C.A. Simington initiated a request to Andrew Carnegie for consideration of Sheffield as a location for one of his libraries, relating the existence of Sheffield's Library for 15 years in various rented rooms. His request described Sheffield as a prosperous farming community that willingly paid a tax for the current library and needed a more suitable and permanent building. In addition, he proposed a desirable corner lot across the street from what is now the Veteran's Park. After furnishing additional information and a current building photograph to Mr. Carnegie's secretary, a response and a promise of $4,000 was received.

Sheffield's Carnegie Public Library building was designed by Mr. J. Grant Beadle of Galesburg Il. and is of the unique "chalet" style. Marked by high ceilings, tall windows, wooden beams and constructed of bricks from the town's former clay products plant, it is a beautiful reflection of history and tradition.